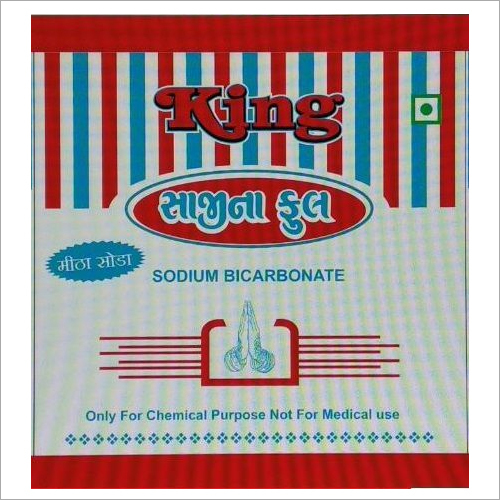 Based in Ahmedabad, Gujarat, we are a 2008-established company engaged in offering a wide range of chemical products to our valued clients. Sodium Bicarbonate is commonly known as baking soda and widely used in cooking as a leavening agent. Its chemical formula is NaHCO3 and consists of one sodium ion (Na+) and one bicarbonate ion (HCO3-). It is available as a fine white powder and has slightly salty in taste. When mixed with batter, it reacts and releases carbon dioxide resulting in expansion of batter. Offered Sodium Bicarbonate can be availed from us in different packaging volumes at a reasonable rate.